My wife is a wonderful woman. She has a Masters Degree, an excellent job, does volunteer counseling and is flat out gorgeous to boot. If all of that’s not enough, she’s also an excellent mother of two. Oh, I’m sure Jane and Bob sometimes think she’s a bit strict about certain things. But she really has their best interest in mind.

Take their television viewing, for instance. She doesn’t want them spending too much time in front of tube and she generally monitors what they’re watching. She even had me insert a spy cam in the TV room so that we can make sure the babysitters aren’t just plunking the kids in front of the set when they’re supposed to be doing other things. I’m in charge of checking the disks. My wife doesn’t get along with computers. Usually I check the disk the day after the babysitting session. This last disk, though, sat a bit longer. I was up against a few deadlines and let it slip. Little did I know what I was missing, but I know now.

Carol had been babysitting for us, off and on, since she was in high school. It was hard to believe she was now going to the local community college. We’d watch her grow up and, believe me; she was growing up just fine. When she was younger, her strawberry blonde hair and freckles gave her a tomboy look. She was now developing into quite a seductive young woman. Her lemon-sized tits had a lovely uplift, her cute little butt had a tantalizing roundness that highlighted her tight, flat belly. I’m sure she was driving the college boys crazy. Heck, when she showed up in the pink tee shirt and tight white shorts to baby-sit, my groin was certainly impressed.

I’d been up late working on a presentation when I remembered that I hadn’t reviewed the disk. After I finished my work, I slipped the disk into my laptop and fired up the player. Carol had let the kids watch the Discovery Channel for an hour. The kids were on the couch, actually behaving themselves. Carol was sitting in my leather rocker-recliner. At the end of the hour she shut off the set and walked out of the room with the kids. All seemed well with the world. Since the camera was motion activated, I was then entertained with a few flashes of Carol’s fabulous bare legs as she went in and out of the room. The timer showed 22:30, the kids were asleep. I was just about to stop the viewer when I saw Carol return to the room. She had videotape in her hand. I watched her lovely tits bob as she put the tape in the VCR. I seemed to remember that she was wearing a bra when she showed up to baby-sit. It didn’t look like she was wearing one now.

She sat down on my recliner. I’d purchased that chair shortly after my back started giving me trouble. It had a built-in vibration mode and obviously Carol had discovered it because I saw her hand slide down to the switch. She sat back deep in the chair but didn’t recline. I remembered that the vibrations were much stronger on your butt and crotch if were sitting. It looked like she was unbuttoning her shorts. I selected the view of her in the chair and magnified it. Sure enough, she’d unbuttoned and unzipped her tight white shorts. My eyes widened when she slid her right hand into her panties.

She sat watching the tube and almost idly playing with her pussy. Her fingers were slowly sliding up and down inside her shorts. I tried selecting just her shorts and magnifying the view of her crotch but it was the resolution wasn’t good enough; I could see motion but not detail. I went back to the full body view and was glad I had. She’d moved her left hand under her tee shirt and was clutching her firm right boob. The fingers of her right hand were still working between her legs and, I don’t know whether from the tape she was watching or the sensations building inside her, but they seemed to be going about their job a bit more enthusiastically. Then she started rocking.

I’d bought the rocker recliner because my doctor told me that it might help my back. He didn’t say anything about it making my prick hard but watching Carol rocking in the chair while she rubbed her pussy and tit was certainly doing the job. I pulled my dick free as I saw her mouth open. I risked a little volume and heard her moaning to the type of bad jazz they have in porno movies. I turned the volume down a few notches. I didn’t want to wake my wife. I didn’t want to miss this show. It was getting good. Carol’s shapely legs were stretched straight out. Her rocking had intensified; she was pressing her hand against her pussy and rocking against it. I couldn’t tell whether she had any fingers inside her but from the way her face was contorted in sexual passion, I imagined that she did. Her mouth was slack and she was moaning louder, rocking harder, and tweaking a nipple underneath her pink shirt.

She was pumping her pussy pretty good, her sleek body writhing as she rocked. Her hips were jerking, the chair was rocking even faster, she brought her left hand down between her legs and rubbed them on the outside of her shorts as the right continued to plunge deeper and faster within her panties. She just about pushed her shorts into the crack of her ass when she arched off the chair, legs straight out, groaning with ecstasy, spasming again and again against her hands until she finally sprawled on the chair in erotic exhaustion. I came into a wad of Kleenex watching her beautiful body spread in a post orgasmic glow.

After a few minutes she adjusted her panties, zipped up her shorts and stood up. Oh, my goodness, that girl had a fine ass! When she bent over to retrieve her videotape I was also reminded that she had incredible tits. Her nipples were still hard against the pink fabric of her shirt. A few minutes after she left the room, I sat in front of the monitor hoping she was going to come back. Sad to say, that was the last scene on the disk. It had been plenty. I slipped the disk into an inner pocket of my laptop case. I knew I was going to want to dance to the babysitter rock again. 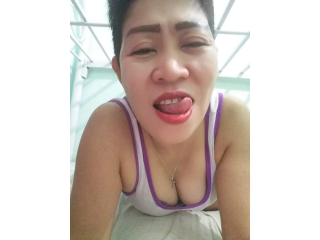 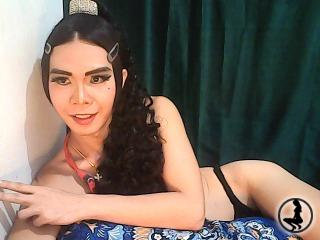 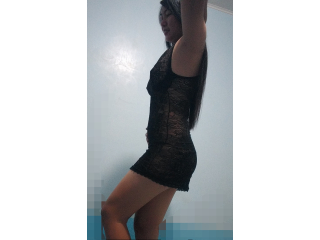